Autoimmune and Gastrointestinal Disorders Are Part of Our Autism Journey 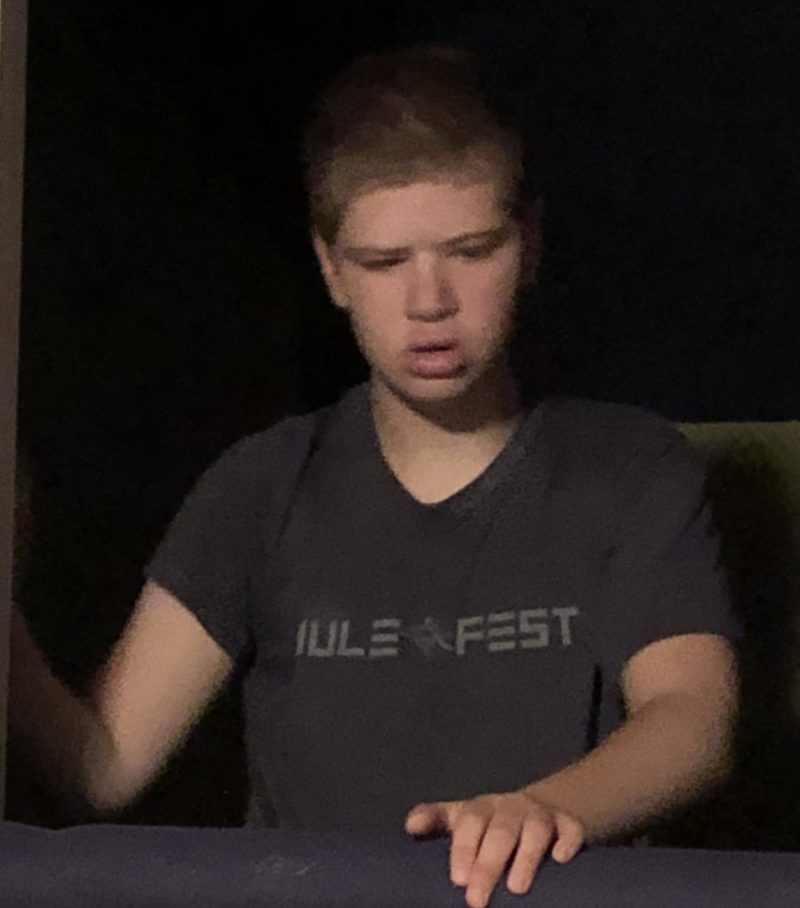 From as far back as I can recall, Skyler has experienced digestion issues, painful eczema, skin tearing and severe constipation, which was repeatedly dismissed by ‘experts’ as “just a part of autism” and we were given band-aid treatment options.  Throughout the last 6-8 months, we’ve added horrible acne, significant weight loss and increased aggression to that list.  Needless to say, the start to 2021 has been challenging for Skyler and our family.

Finding a Gastroenterologist who specializes in patients with both autism and GI disorders in 2018 was life changing.  At that time, we learned that Skyler suffers from both Esophageal Disease and Ulcerative Colitis.  Those autoimmune conditions are the culprit for the internal and external damages to Skyler’s body.  Couple that with non-verbal autism which leaves Skyler unable to express himself or explain his aches and pains verbally and he’s left with no choice but to display his agony through physical aggression and troubling behaviors.

I pride myself on being a very observant mother, one who questions and researches everything, particularly where Skyler is concerned.  So, when he recently began refusing his favorite foods, I proceeded to break down the possible reasons from head to toe – Perhaps his wisdom teeth or molars are impacted causing pain when chewing?  Does he have a sore throat and it hurts to swallow?  Is he not hungry or no longer likes this food?  Maybe he’s constipated and his stomach hurts when he sits to eat?  The hypothesizing goes on and on.

The initial biologic treatment prescribed had horribly negative side effects and caused Skyler’s body more discomfort than benefit.  We halted that medication in early 2020, a few months before the pandemic took over the world, and couldn’t fathom beginning another immunosuppressant while much about Covid was still unknown.  So, for the past 1.5 years, Skyler’s UC has gone virtually untreated.  We’ve tried our best at managing the aggression, harmful behaviors and extreme discomfort with natural methods and monthly colon cleanouts (which is NOT enjoyable for any of us!) but things remain unchanged.

The noticeable and rapid decline in Skyler’s health and mood over the last six months brought me literally to tears.  My handsome, frequently smiling son was wasting away and appeared sad, frustrated and more angry than I’ve ever witnessed before.  I had absolutely no idea what to do.  I prayed and wished every day that his pain would miraculously be taken from his body and given to me – “Lord, give me this burden to carry and free my innocent child of his suffering.  Please show me what I’m missing and how I can fix what’s ailing him.”

I contacted Skyler’s Gastroenterologist, to fill him in on recent events and declared our eagerness to revisit treatment options.  He too was concerned, particularly with the weight loss, and instructed that we return to Austin as soon as possible for a repeat endoscopy and colonoscopy.  I was a nervous wreck about Skyler flying while Covid cases are still so rampant because he is unable to wear a mask, but the alternative was an 18-hour drive which would not be easy or ideal.

The soonest we could get into the surgical center in Austin was early August, so in the meantime, I was diligent in investigating the airline policies on mask exemptions for the disabled before booking our flights.  The day of travel arrived, and to my surprise, the process was smooth and uneventful (thank you Delta!!).  Skyler was an excellent traveler, even during the 2-hour flight delay while we were aboard the airplane, stuck on the tarmac and was exceptionally well behaved the entire 4-day trip.

Just like the prior visit, Skyler swallowed the enormous pill camera like a champ and tolerated all the procedures incredibly well.  While waiting for his sedation to wear off, we reviewed the photos and findings from the scopes.  Just as we suspected, his intestinal inflammation, ulcerations and internal damage was as significant as in 2018.  My poor, sweet boy.

Every day for the past three weeks, as we awaited the biopsy and pill camera results, I’ve told Skyler multiple times a day that we will heal his body – if it’s the last thing I do on this earth, it will be to relieve his anguish.

I spoke to Skyler’s physician a few days ago and when I hung up the phone I sobbed.  In addition to Ulcerative Colitis, Skyler has Duodenitis (scarring & inflammation at the beginning of the small intestine) and swollen Esophageal lymph nodes.  The combination of all these things has led to the eating challenges and subsequent weight loss.  As I explained to the doctor, over the past 6 months, Skyler would excitedly request meals, sit at the table to eat them, then after 4-5 bites, refuse the food and start hitting, pulling hair or swiping the food from the table to the floor.

Apparently, per the doctor, food only takes minutes to hit the Duodenum and with the severity of Skyler’s inflammation in that area, he was likely hitting because as hungry as he was, the food traveling down caused intolerable irritation, so he became physically angry and aggressive – perhaps ‘hangry’ as well.

I was also advised to implement the Specific Carbohydrate Diet (SCD) – which hit me like a ton of bricks!  (Enter God and my begging for Him to show me how to help my child – ask and you shall receive!)  I had, in recent weeks, spoken to a guest on my podcast, Crystal Jordan (author of Foods Four Thought) about SCD and learned from her that most carbohydrates significantly worsen the inflammation and intestinal issues for those with autoimmune disorders like UC.

Wasting no time, I immediately cleared the pantry of all of Skyler’s main staples – Velveeta mac & cheese, mashed potatoes, gluten-free pasta, rice, etc. and replaced it all with cauliflower-based versions.  We’re only 2 days in, but so far, he likes and has eaten all the substitutions.  I’m cautiously optimistic that the diet changes and the new biologic we start soon will dramatically lesson the aggression and will bring back Skyler’s gorgeous smile and contagious giggle that has abandoned him for so long.

This remains the hardest reality I’ve had to face as the mother of a non-verbal child – my inability to understand what my son feels or how he hurts doesn’t make me a bad or uncaring mom.  I know I shouldn’t blame myself or feel guilty for all the health issues I couldn’t quickly uncover or solve, but that’s easier said than done.  Should this diet move mountains with his health & communication abilities, I will likely beat myself up for not starting it with Skyler many years ago!  Traveling down the rabbit hole of “what if” sends me into an emotional downward spiral until I realize that’s not fair.

Hearing about the poor condition of his GI tract is heartbreaking and makes me incredibly sad, but as parents and caregivers, all we can do is put one foot in front of the other and keep trying.  We aren’t mind readers which makes autism, especially non-verbal autism, extremely complicated.

The biggest lesson I’ve learned throughout Skyler’s 18 years is to take nothing lightly where your child is concerned.  They are ALWAYS COMMUNICATING – verbally, physically or emotionally!!  Pay attention to your instincts and never let anyone tell you “Stomach aches, seizures, eczema, constipation… are just part of autism” because they aren’t!!  Those autoimmune, co-existing conditions are present in over 50% of individuals with autism and each condition needs to be addressed and treated independently. 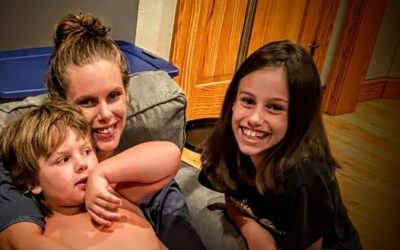 I Feel Myself Slowly Deteriorating

As written by Melissa Gill from her blog page @My Journey With Jackson I honestly never realized...

END_OF_DOCUMENT_TOKEN_TO_BE_REPLACED 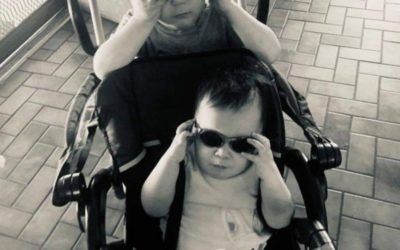 The Way to Find Hope is to Connect

As written by Tabitha Cabrera from her blog @Peace of Autism I often think about what impact...

END_OF_DOCUMENT_TOKEN_TO_BE_REPLACED 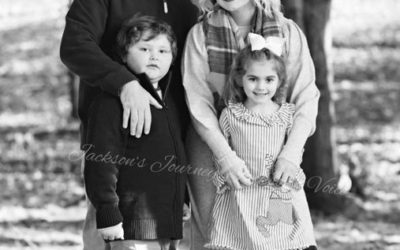 The Importance of Partnership