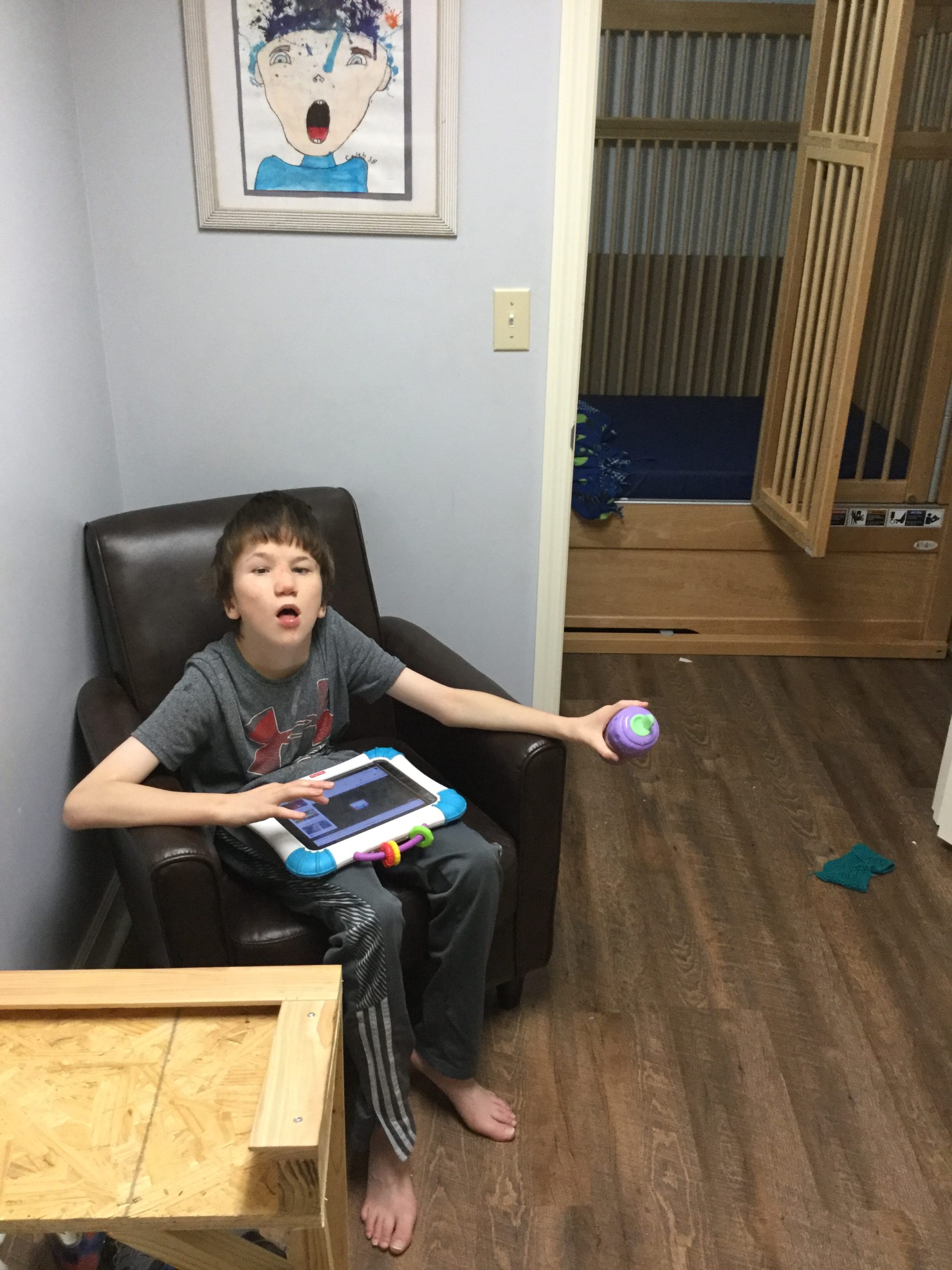 I often struggle to understand or explain Luke’s thought process to others. Luke, my 15 year old primarily non-verbal son with profound special needs. Friends, bystanders or even specialists will inquire about where he is developmentally and that answer is difficult to identify. Luke’s brain doesn’t seem to process like typical brains – whatever a typical brain is – but there is a baseline that we all adhere to and he doesn’t land linearly on it – or near it at all. He tends to land here and there and everywhere. He understands more than he can comprehend & yet there is a process that is uniquely his. I believe at times it’s clear to Luke what he desires, but at other times it’s not, and so he’s not able to articulate exactly what he wants. For instance, when he says Mother Goose this does not mean he wants Mother Goose. It means I don’t like what I’m watching so please change it until I stop screaming which will then be your indication that I’ve made a decision. All he knows is that there is something in his sphere of existence that is causing frustration, and he reacts by screaming until that frustration is addressed.

We attempt to remedy his angst by offering different music, shows, activities, or remove him from the current surrounding, and it may help or it may not. Many times we’ve gotten him ready to go “Whee!” at the park, per his request, and we arrive and can’t get him out of the car. He absolutely refuses to leave the vehicle and engage at the park. So then we bring him back home and start the process all over again. One thing that does work about 100% of the time is feeding him cookies or cake or sweets of any kind (it’s pretty effective with all of our kids), & although this satisfies him for the moment, it’s not good for him to gorge on cookies all day and that’s when our higher reasoning skills as his caregivers must step in and say no. Luke often wants a lot of things that aren’t good for him – as any child would – playing on his iPad all day, not eating fruits and veggies, trying to walk into the road and so when individuals ask What does he want? it’s a relevant question but sometimes it’s not because Luke doesn’t necessarily know what he needs or wants or may want something that wouldn’t be good for him.

The other day around 7 p.m. Luke’s screaming was relentless. He had eaten a big dinner, taken a long soothing bath, had his juice, was jammied with his iPad in hand, and he just continued to scream. Nothing would make him happy. As you can see from the photo, he often hangs out in this sensory area we created, and his bedroom is inside the smaller door. In the background you’ll notice the safety bed which keeps him secure at night and provides a sense of calm, and you’ll also notice, his bedroom door and bed are wide open for him to access at any point.

This particular night we were finally fed up with trying to determine what was causing his frustration, and in a last ditch effort we gave him his chocolate milk with melatonin, (a ritual since 3 years old), turned on Pandora (which he falls asleep to) and put him to bed – an hour earlier than usual. He didn’t make a peep. All he wanted was to go to bed – with the ritualistic aspect involved – Dad putting him in bed, handing him his milk, turning on his fan, and tucking him in with his blankie – but he, in his limited knowledge and vocabulary, could not instigate this process for himself. He couldn’t and wouldn’t voluntarily lay in bed because that’s not how the process goes in his mind. Dad (or Mom) had to do it.

That’s Luke’s brain to the best of my limited comprehension – his wonderful, miraculous, and unique way of looking at the world. It’s joyful and frustrating and messy and damn near impossible at times, but it’s his reality and ours, and we honor it; accept it; and live with it. 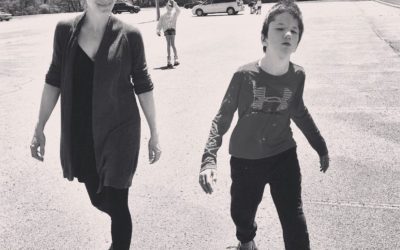 I descended the stairs, immediately irritated by what was awaiting me with each scream originating...

END_OF_DOCUMENT_TOKEN_TO_BE_REPLACED 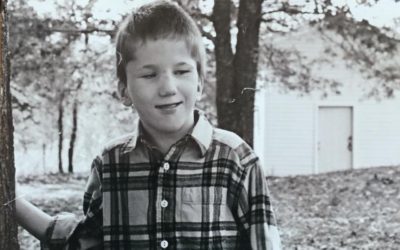 “This is holy work,” I begrudgingly reminded myself a day after returning home from a much needed...

END_OF_DOCUMENT_TOKEN_TO_BE_REPLACED 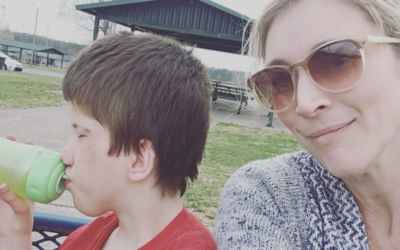 Manna for the Moment

Luke has been back in school for about a week now. Experts claim that special needs caretakers...